What actually is an activation function?

Here's a 3 layer neural network to help us visualize the process:

Why would we want to do that?

Linear models are great, but sometimes non-linear relationships exist and we want to know what they are. Consider the example below. 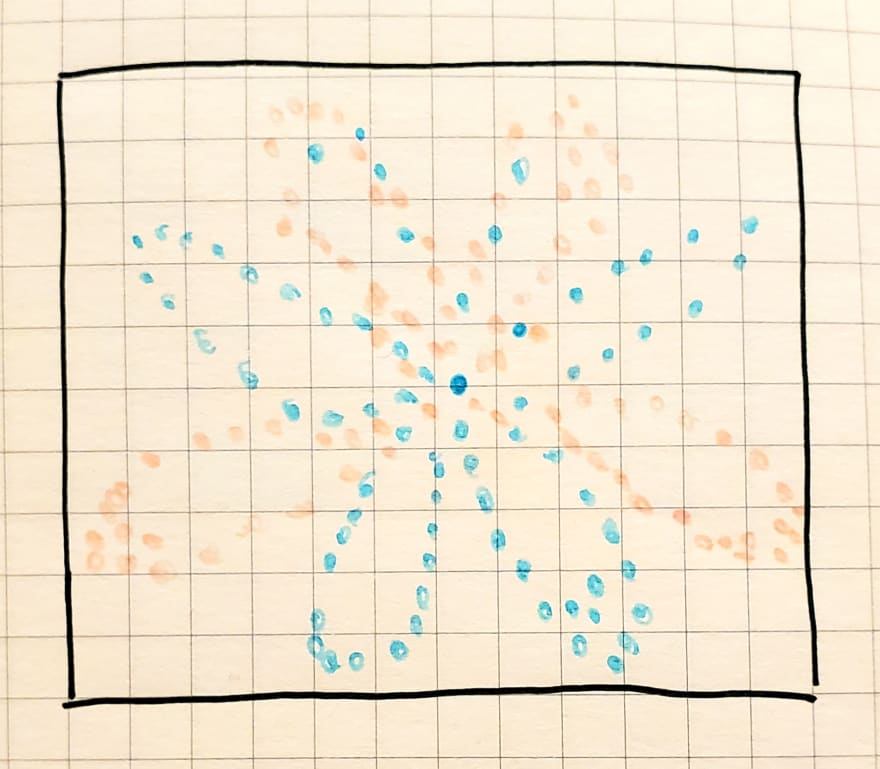 We want to predict the boundary line between the blue and pink dots (fascinating, I know!).

This is what a linear function, such as logistic regression, can uncover: 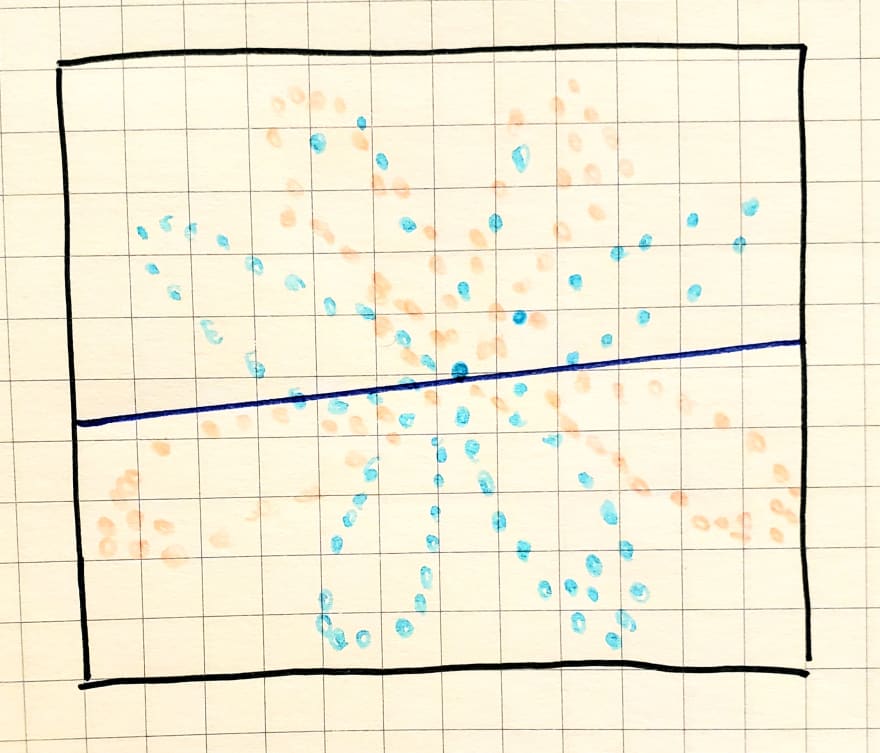 This is what a non linear neural network can uncover, which gives us a better visualization of the boundaries between blue and pink dots: 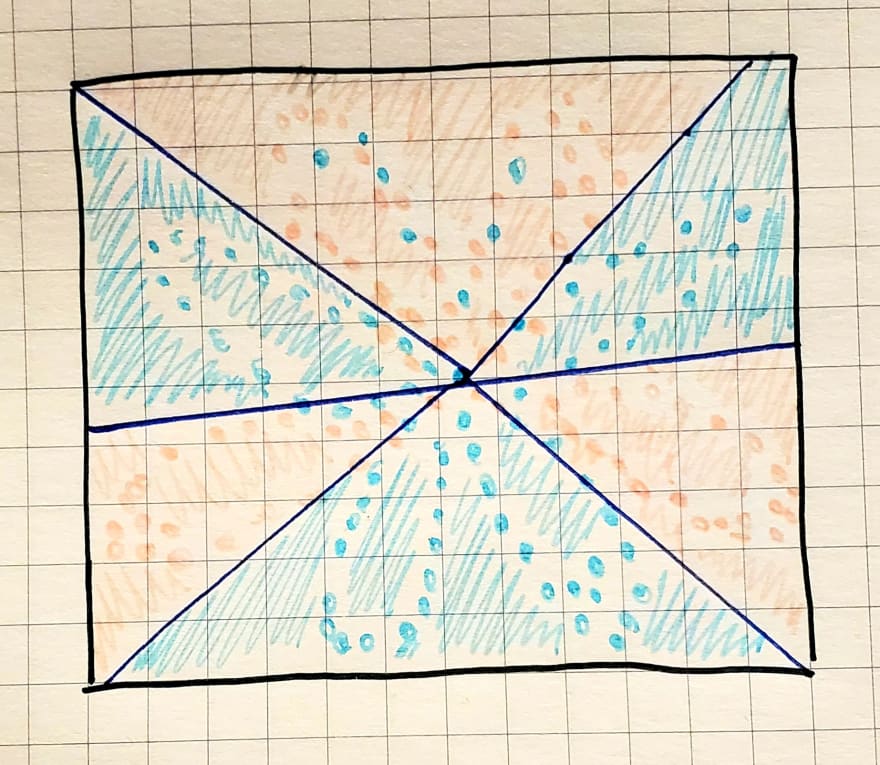 Furthermore, the more hidden layers we add to our network, the more complex relationships we can potentially find in the data—each layer is learning about some feature in the data.

For example, let's imagine we're training a binary classifier that distinguishes between pictures of cats and mice. We might use the ReLU activation function on our hidden units, but for our final output layer we need to know the answer to our question: is this picture of a cat or a mouse? So we will want an activation function that outputs 0 or 1.

Let's take a look at what each different activation function is actually doing. 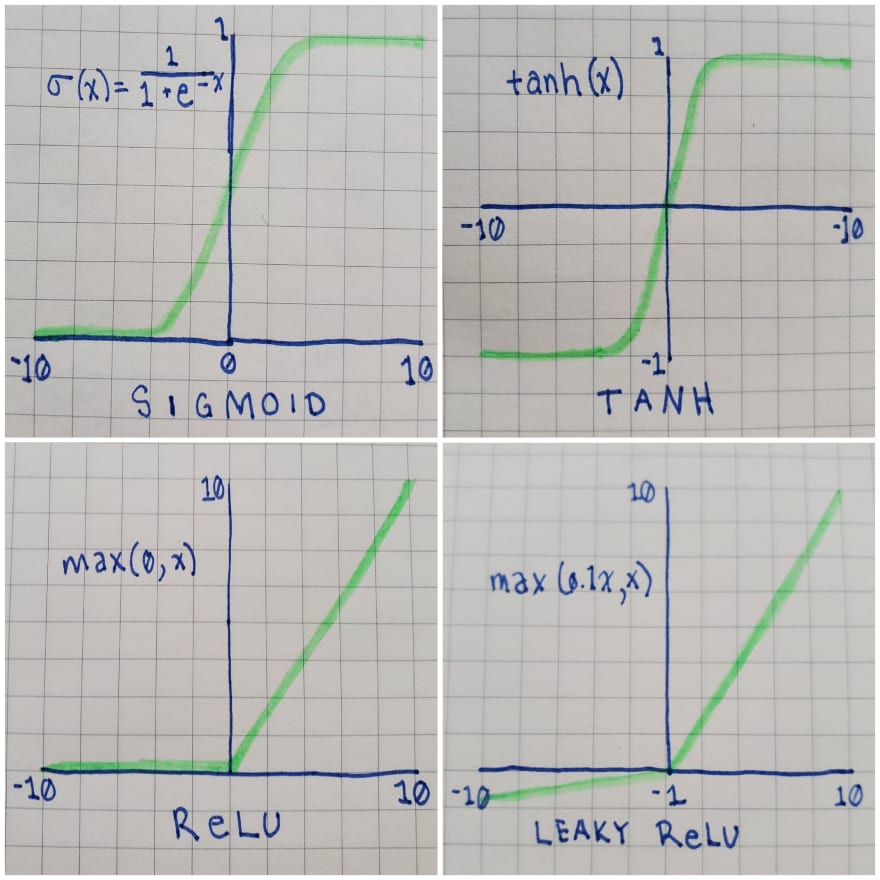